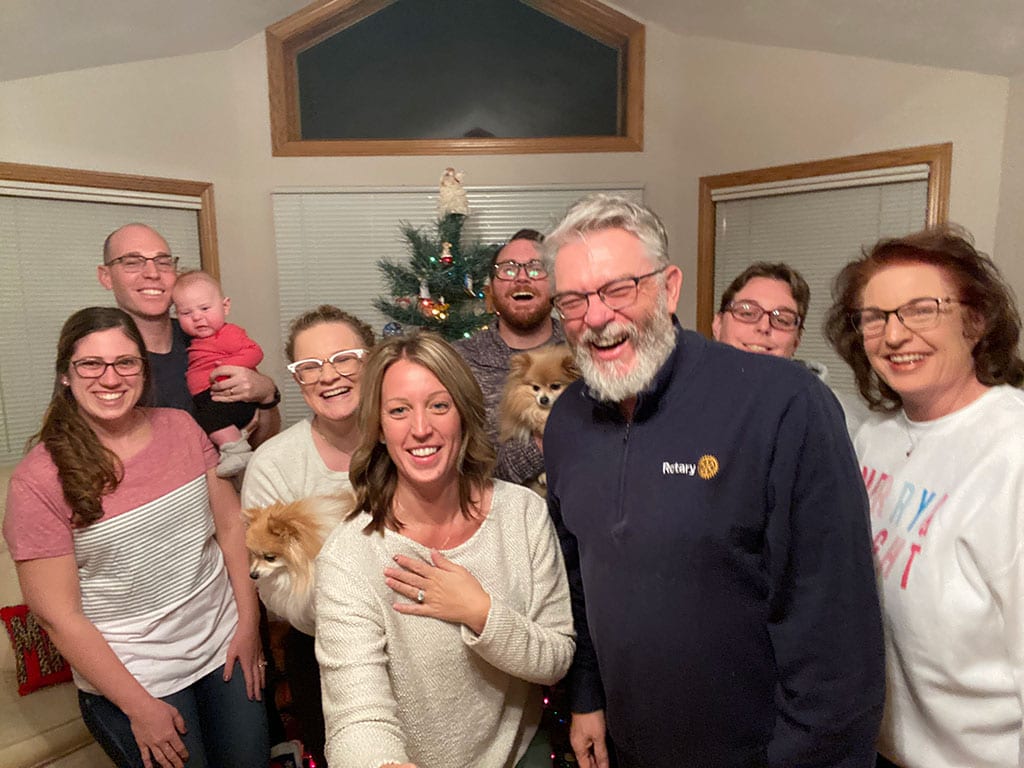 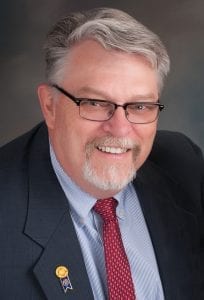 Growing up in an Air Force family, Scott was the first of four children.  Born in Georgia, Scott’s three sisters were born in Mississippi, Michigan, and Nebraska.  Life as a “military brat” meant constant travel and learning to adapt to new surroundings, school and friends.  His favorite duty station was Clark AFB, Philippines. It was in the Philippines that Scott realized just how privileged Americans really were.  Poverty was everywhere, the lack of clean water and sanitation was deplorable. Helping the local families with food, clothing, and water was most likely Scott’s first foray into community service, and most likely formed his core beliefs for Rotary.

Moving to Bellevue, NE in April 1973 was his final military move.  After graduation in 1976 from Bellevue High School, Scott attended the University of Nebraska Omaha.  Before finishing his undergraduate studies, Scott left school to pursue a nearly 20-year career in the Omaha retail industry.

He moved to Kearney in 1994 to assist his father with his business.  The original plan was to learn and work the bowling business, eventually allowing dad to retire.  After 5 years into his “internship” program, Scott made the decision to return to school to complete his previously unfinished degree.  After more than 20 years away from the classroom, being a full-time student was very intimidating.

Scott graduated with a Bachelor of Arts degree with honors in 2001 from the University of Nebraska Kearney after only 5 consecutive semesters.  After a short stint working for someone else, Scott founded Heartland Hosting, LLC in late 2001.  Since founding his business, Scott has assisted hundreds of businesses with their Internet technology.

Scott Joined the Kearney Dawn Rotary club in 2003 and has served as the Club Secretary, Club President (2005-06) and Board Member. Scott has also served as the District Public Relations Chair (2006-07), Assistant District Governor (2011-14), District Technology Chair (2013-14) and District Rotary Foundation Chair (2014-17).  Scott has served as a training facilitator for High Country PETS and Rotary Leadership Institute.  Scott was honored as the District 5630 Rotarian of the Year in 2012-2013.  Scott is a Major Donor, multiple Paul Harris Fellow, Paul Harris Society Member, and Bequest Society Member.

Outside Rotary, Scott has been a TeamMates mentor and volunteers his professional talents to many local service organizations and numerous Rotary clubs and organizations.  Scott has worked since 2000 in the Athletics Department at the University of Nebraska Kearney where you will often find him running the video boards for any number of the Men’s and Women’s sports he loves to attend. Scott also teaches a web design class in the communications department at his alma mater each spring semester. 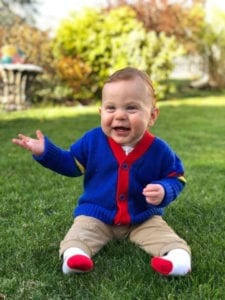 Scott and his wife Tracie were married in 1980.  Tracie has worked in the hospitality and restaurant industry since 1983 when the first of their children joined the family.  They have three children, a daughter lives and works in Kearney, a daughter and son-in-law (both teachers) live and work in Greeley, CO.  and their youngest, a son and daughter-in-law lives in Lincoln.  Scott and Tracie became Grandparents on July 31, 2020 when Jame Henry McLaughlin was born in Lincoln, NE.  Scott and Tracie are avid garage sale shoppers, looking for treasures and bargains weekly.  When they are not treasure hunting, they enjoy attending UNK Loper Athletic events and traveling to visit their kids and grandson.

What is that Polio Picture? Pakistan last Sunday launched its first anti-polio campaign of the year, targeting 44.2 million children under the age of five.  Prime Minister Shahbaz Sharif kicked off the nationwide drive by administering polio drops...